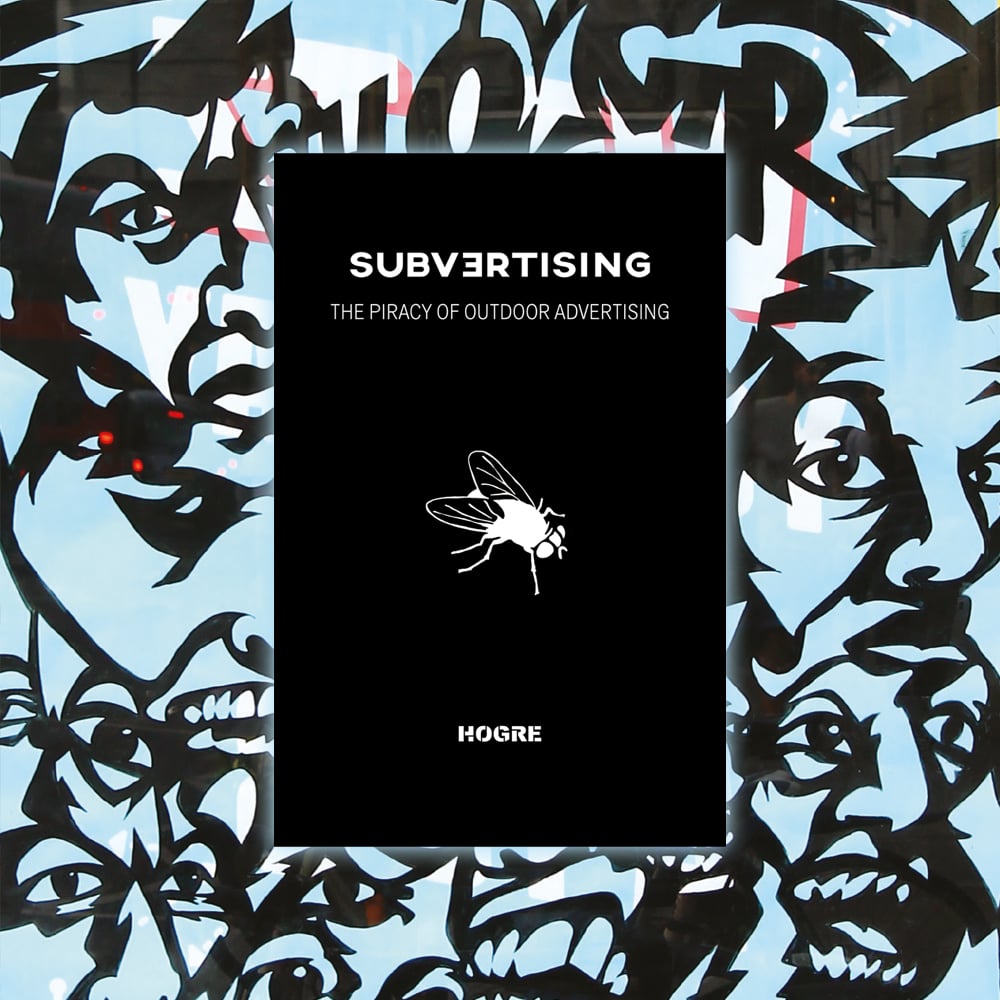 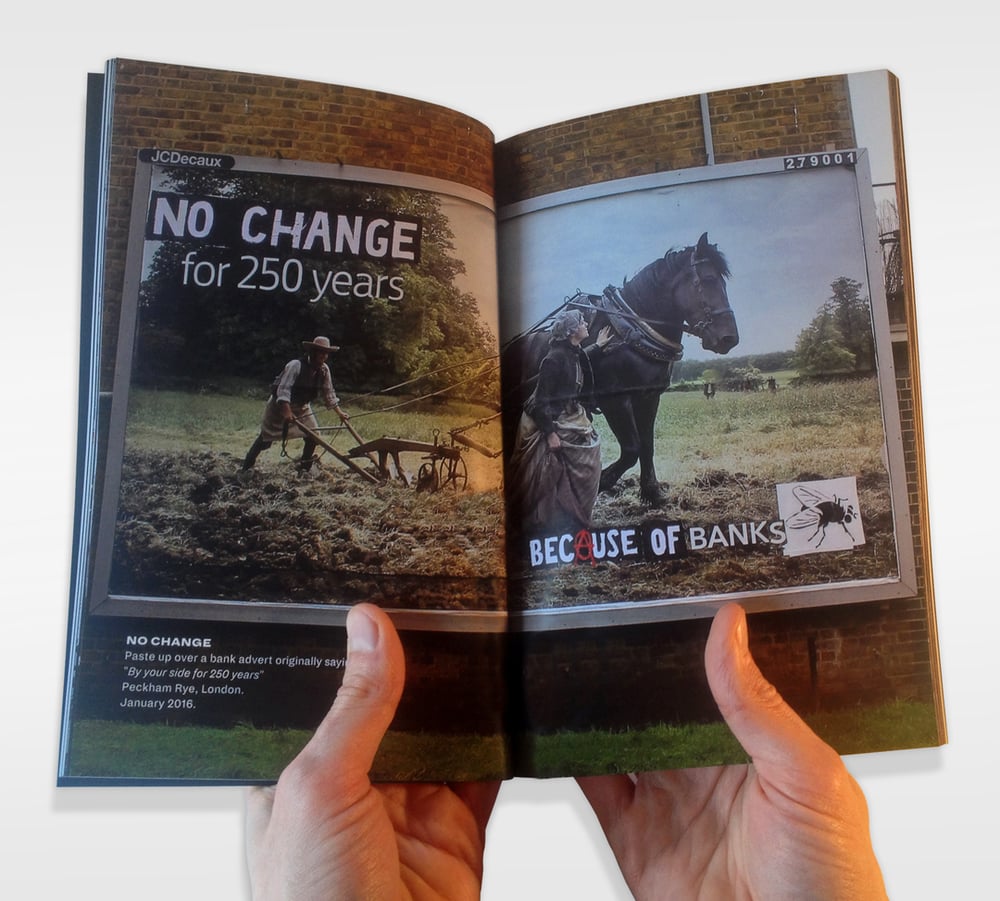 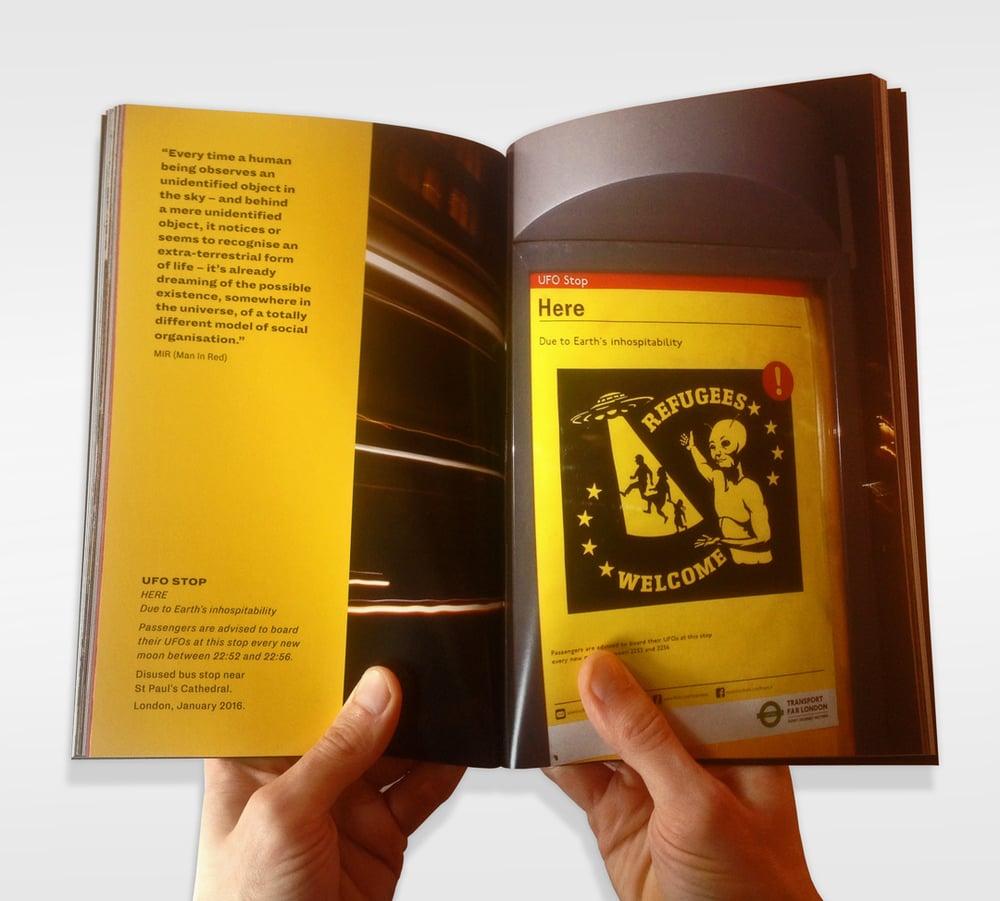 Hogre is London’s most prolific subvertiser – Subvertising showcases his work on bus stops and billboards over the last two years. As well as gathering together his staggering output, Subvertising details his thoughts on anarchism, artistic resistance and the lines between art
and crime:

“It’s important in a political struggle to not provide an identity, not just for legal reasons, but because every new identity, every new style, every rebel attitude is easy to reproduce for the market, and then easy to be sold. That’s also why I use different styles, why I experiment with different mediums, to avoid generating images that are all the same. Subvertising works better if you can’t tell straight away if it is subvertising or not. It has to be illegal, of course, but it also has to be sneaky....”

“Subvertising is a rallying cry for the next generation of radical street artists. As Hogre has seen over the course of his own career, most street art (legal or illegal) has become decor for property developers, a signal for wannabe hipsters that a neighborhood has pricey coffee shops. What to do? Hogre has found his solution, and it’s an inspiring one.” – RJ Rushmore (Vandalog)

"In a world blinded by a relentless onslaught of corporate messaging designed to manipulate, it is the role of the artist to hold a mirror to society and force it to face the many pressing issues of our times. A better world is possible, but first we must break the monopoly advertising holds on our attention spans. Now is the time to take back public space and Subvertising shows you how to pull it off with wit and panache." - Katherine "Luna Park" Lorimer (Author of (UN)SANCTIONED: The Art on New York Streets)